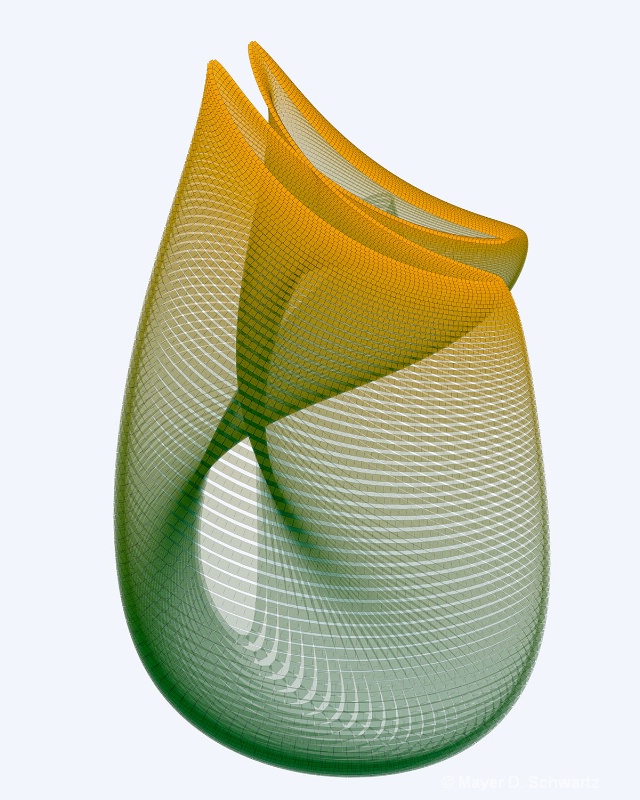 The curve represented in each of these images is defined by a parametric equation; the curve serves as a guide for a series of plates which are placed at a calculated constant distance along the curve from its initial point. The shape, color, and opacity of the plates are functions of the distance along the curve. The paper Generating a â3Dâ Image from One Continuous 2D Curve describes how these images were generated. 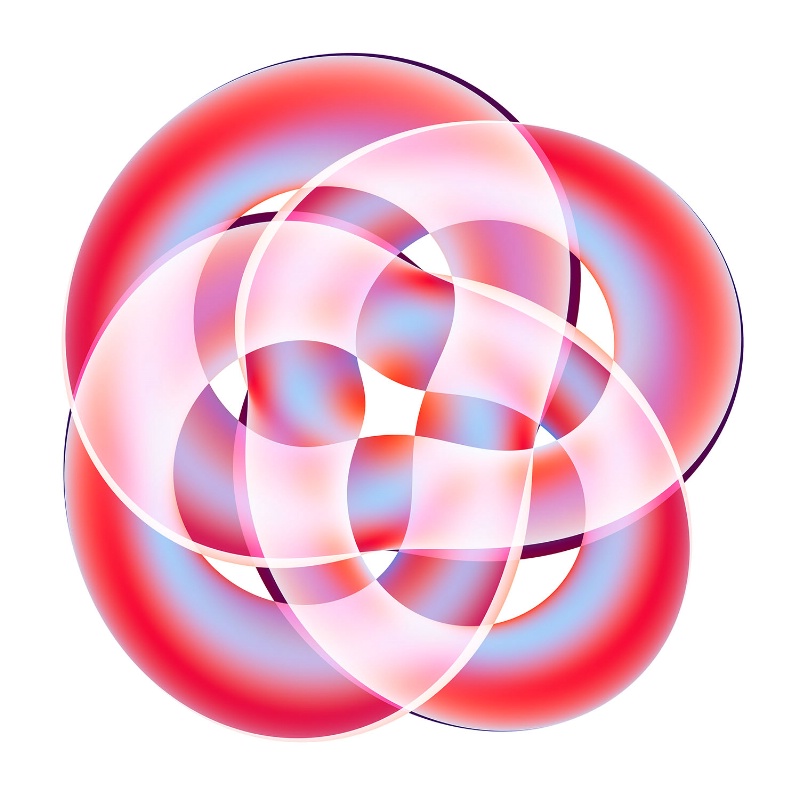